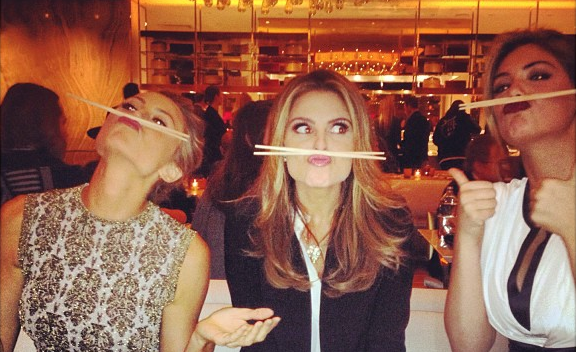 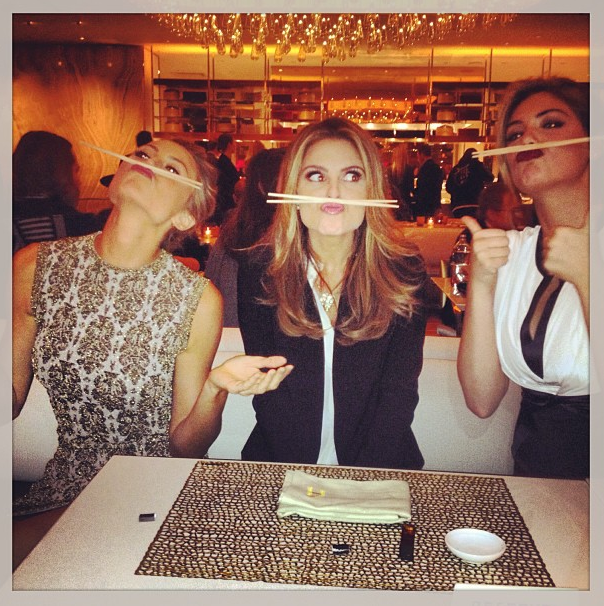 Kate Upton, Stacy Keibler and Maria Menounos were at the opening of Andrea’s at the Wynn in Las Vegas.  I know, this sounds like the set up for a joke and it just might be, we don’t know yet.  They posted this picture on Twitter of the three of them hanging out with chopstick moustaches.  They said they were “Just girls bein girls”

The three of them don’t go out without drawing some attention and someone heard Maria Menouos ask Kate Upton if she has ever done any television hosting.  Maria has a new project coming up so now the rumor is that she is trying to recruit Kate Upton as a co-host.

Here are some more pictures of all three girls: 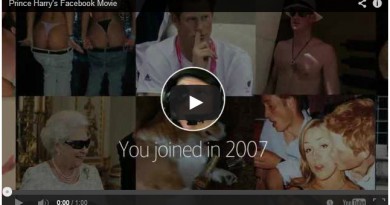 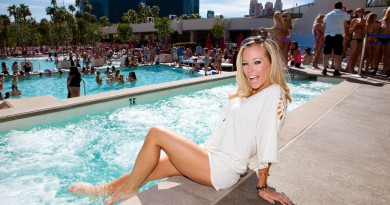 Splash Into Spring With Celebrity Diving 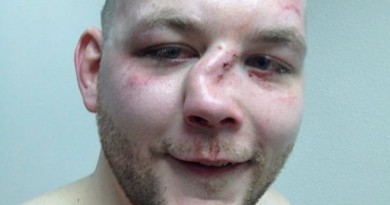 Really great reason to NOT be an MMA fighter